A World Scout Moot is an international camp for rangers and rovers. Internationally, all scouts between the ages of 18 and 26 are considered RaRo. The word moot comes from the ancient English language and means assembly. The World Scout Moot takes place every four years. The venue is determined by the World Scout Association WOSM.

That was already fixed in 2011. Since then, the Icelandic scouts have been preparing tirelessly for the camp. Change" was chosen as the theme of this World Scout Moots. This is not only to express that all participants develop and change personally through the experiences on such a moot, but also that each of us, no matter if big or small, can change the world. 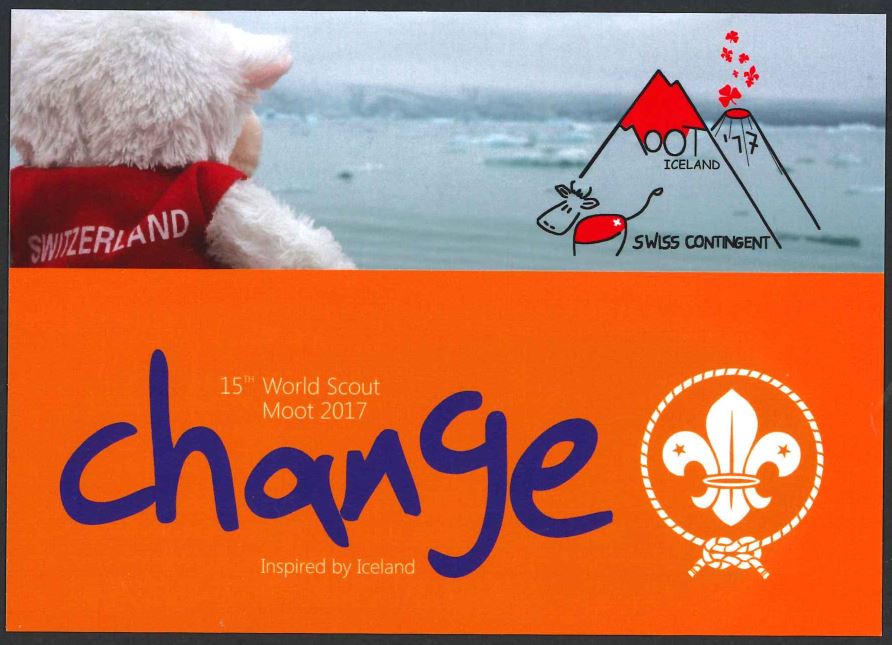 But Iceland is also constantly changing as a country - volcanoes, glaciers, earthquakes and hot springs are constantly changing this unique landscape. 330,000 people live on the island south of the Arctic Circle. Together with 460,000 sheep and four million puffins. The oldest parliament was founded on this miraculous island. It takes five hours to fly to New York and three hours to London. Iceland is also the number one country when it comes to equality.

In order to prepare for participation in the 15th World Scout Moot in Iceland, the Swiss delegation of 328 participants set off on a five-day round trip around the entire island. The tour not only gave the scouts an insight into the famous places and sights of Iceland, but also prepared the participants for the nature and the climatic conditions that would be waiting for them during the moor. 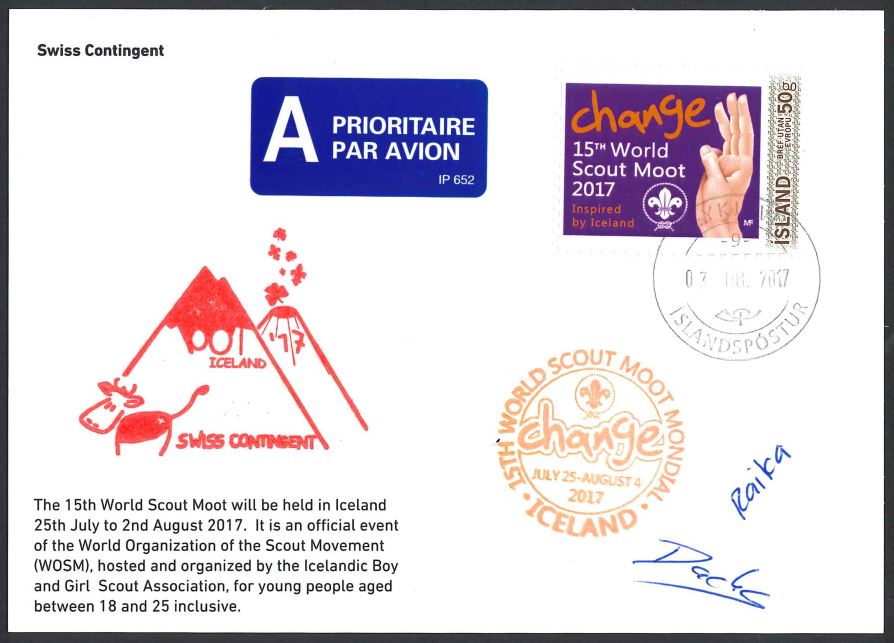 Back: Postcard of the Swiss delegation, with additional text on the moot
in English language. Signatures of the two Heads of Delegation 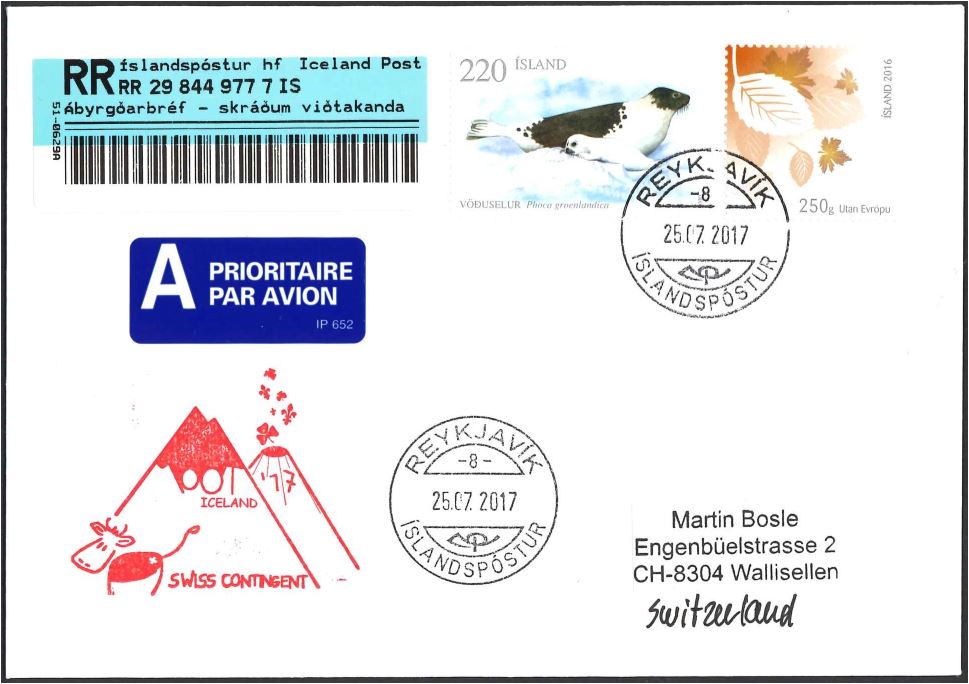 Registered letter with red additional postmark of the Swiss delegation,
Posting date from 25.07.2017 in Reykjavik

The designer Michael Feigenbaum (New York) produced 6 stamp motifs for the 15th Rover Moot 207 in a print run of 240 stamps. They were exhibited and sold in the World Moot Shop. Each of these stamps was destined for international mailing and cost about 350 Icelandic kroner, which was about $3.50. 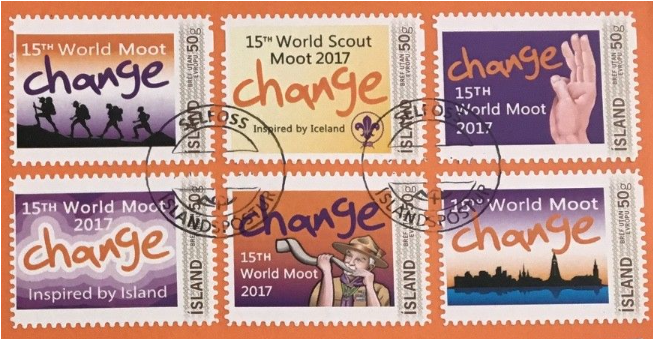 On the second day of storage, the private special issue stamps were already sold out.