On June 28th 2008 Walter Grob passed away aged 94. He was one of the prominent pioneers of the international scout philately and founder of the Swiss scout philatelic association in 1984. 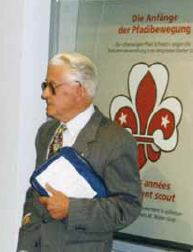 In the 1950s he was one of the first enthusiast who started to collect the few scout stamps and covers as historic documents. He was also known for his worldwide correspondence, his short articles and essays and his participation at national and international stamp exhibitions. With his engagement Walter Grob has determined the development of the scout philately. In contrast to most of the other scout stamp collectors W. Grob had been a traditional stamp collector for many years. Based on this knowledge and experience he started to create his scout stamp collection as a post-historical collection and continued to develop it as a documentary thematic collection.

Memories on the occasion of his 90th birthday 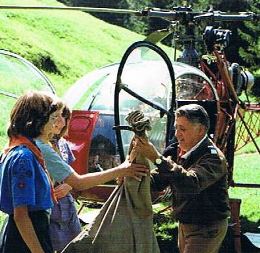 «Yes, I have experienced a lot during this long time. I was influenced by my father who was a keen stamp collector as well. He was the one who gave me my first stamp album as a Christmas gift. After 1934 while I was working in La-Chaux-de-Fonds I was concentrating on collecting Swiss stamps. Collecting thematic stamps and especially scout stamps wasn't en vogue those days. During my military service between 1939 and 1945 I began to organize scout meetings in the region until I moved to Lausanne. There I became member of the stamp society of Lausanne and received my first scout catalogue in 1950. I started to exhibit my growing collection till the year 2000. Also I organised exhibitions, for example in Kandersteg (1973), Gstaad (1980), Cully (1987). It was a special honour when I received an invitation to show my collection in the Postal Museum in Berne (1973 and 1994/1995). In St. Gallen (2000) I was invited to show my collection in the Master Class.» In remembrance and to honour his life and his efforts for the International Scout Philately, the family of Walter Grob has donated the Walter Grob price, which is awarded every second year during the Euro-Scout-exhibition.